Last week we had the pleasure of catching up with former Sonic Olumide Oyedeji! Drafted by Seattle in 2000 at the age of 18, Olumide played for the Sonics in 2000-01 and 2001-02. Playing in a backup role behind Patrick Ewing and Vin Baker, Oyedeji averaged about 7 minutes per game over his two seasons in Seattle. He shared with us that he relished playing with the Glove (and with the Reign Man in Orlando in 2002-03).

After his time in the NBA, Oyedeji put together an incredible international basketball career with stops in Greece, Puerto Rico, China, Korea, and the UK. He made multiple Korean League All-Star appearances (including an All-Star Game MVP in 2007) and an all-star appearance in the highly competitive Chinese Basketball Association (CBA).

Since his retirement, Oyedeji has focused his attention on player development. He has a position with Nigeria Basketball (where he was a team captain) and hosts popular basketball camps all across the world. His player development role brought him to Seattle last week to watch Washington’s Samuel Ariyibi and Washington State’s Efe Abogidi, two Nigerian players that he’s worked with and coached for years.

Once a Sonic, always a Sonic. Big shoutout to Olumide Oyedeji for continuing to rep our team 20 years later! 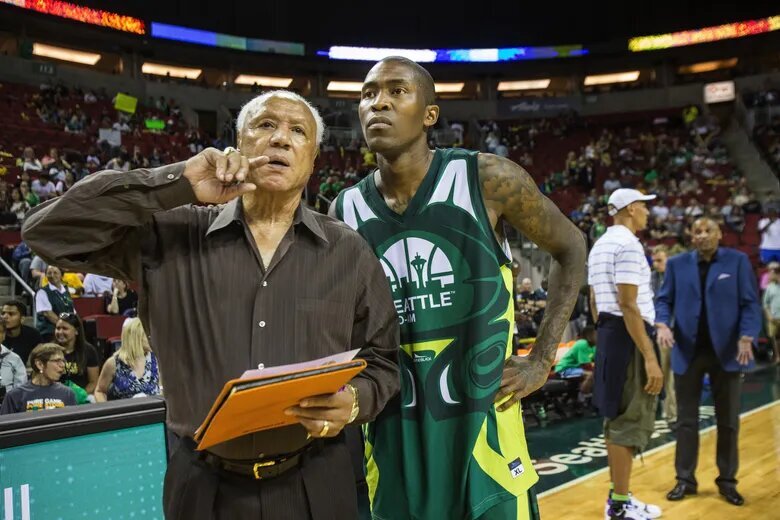