Good day to the Seattle Mariners, winners of four consecutive series. The M’s went 6-3 on their latest three city road trip and capped off the tour last night with a satisfying 6-3 victory in Houston. Space City has not been kind to the Mariners in recent years. Neither have the Astros. So to quote Ty France after the dub, this one tasted a little sweeter.

The win was unfortunately not shenanigans free. After the benches-clearing dust-up on Monday night that resulted in four ejections, there was a fair amount of tension percolating at Minute Maid Park. Monday’s fight had Scott Servais pointing like this y’all. The skipper usually ranges from stoic to mild disappointment in the dugout. So yes, I’d say there was some residual angst spillover.

Tuesday night’s game passed by drama free, however. Perhaps because it was the Mariners doing the losing. But then came Wednesday, and the “It’s been ONE day since our last workplace incident” sign required an edit.

In the sixth inning, a sinker from Astros reliever Brandon Bielak struck Julio Rodríguez in the triceps.

An inning later, a 100-mph fastball from M’s fireballer Andres Muñoz sailed near Jose Altuve’s head, prompting him to hit the deck.

Both might’ve been mistakes – momentary slips of control. But it got a little more difficult to sell the happenstance defense when Julio was hit by a second pitch in the eighth inning, this time at the hands of righty Seth Martinez.

We hardly ever see J-Rod without his trademark smile, but it’s understandable why he was upset. First he was plunked on the triceps, then near the elbow. Hard pass. Aside from the physical pain, it might have prompted painful flashbacks for J-Rod, who missed two months of his 2019 minor league season after a HBP left him with a hairline fracture in his left hand.

They didn’t just bruise him though. They also robbed him of his joy at the plate. Sure bats technically grow on trees, but at-bats do not. There is a finite amount available on a given night. Each at-bat is like a delicious slice of cake and the Astros stole two off Julio’s plate. Stop robbing Julio of his hard-earned dessert. To quote Phil Brickma from Rookie of the Year, “Let the big dog eat!”

There were no ejections following the incident – not one warning was issued. But the minor hullabaloo did nothing to distract from the main plot line Wednesday. The Mariners came from behind to beat a first-place divisional opponent on their home turf.

Just look at this masterpiece of win probability.

As France mentioned in his postgame interview, Houston has been a tough place to win recently. Nearly impossible. In baseball, where superstition reigns king, sometimes extreme measures are needed to expel the ghosts of past losses and start anew. Remember, it’s only weird if it doesn’t work.

The Mariners weren’t the only AL West team looking to banish bad vibes this week. After 13 consecutive losses and relieving manager Joe Maddon, the Angels were scrambling for anything to patch their boat and avoid sinking. Two teams looking to shake bad juju. Two different approaches. Let’s compare.

Thanks to Mariners special assignment/special assistant coach Mike Cameron for his brilliant idea to burn sage in the clubhouse on Monday.

According to Jen after the win on Wednesday, Camie was taking a bow in the high five line. I say bow away sir. IT’S ONLY WEIRD IF IT DOESN’T WORK.

That’s the third series win for the M’s against the Astros this season, who today enjoy a day off.

Ahead for Seattle now: a long homestand. A chance for a little redemption against the Boston Red Sox this weekend. Then starting next week, five games against the Halos. I invite the Angels to bring as much Nickelback as they can carry. I’ll still take our vibes versus anyone.

For one night at least, Astros fans can’t steal our joy 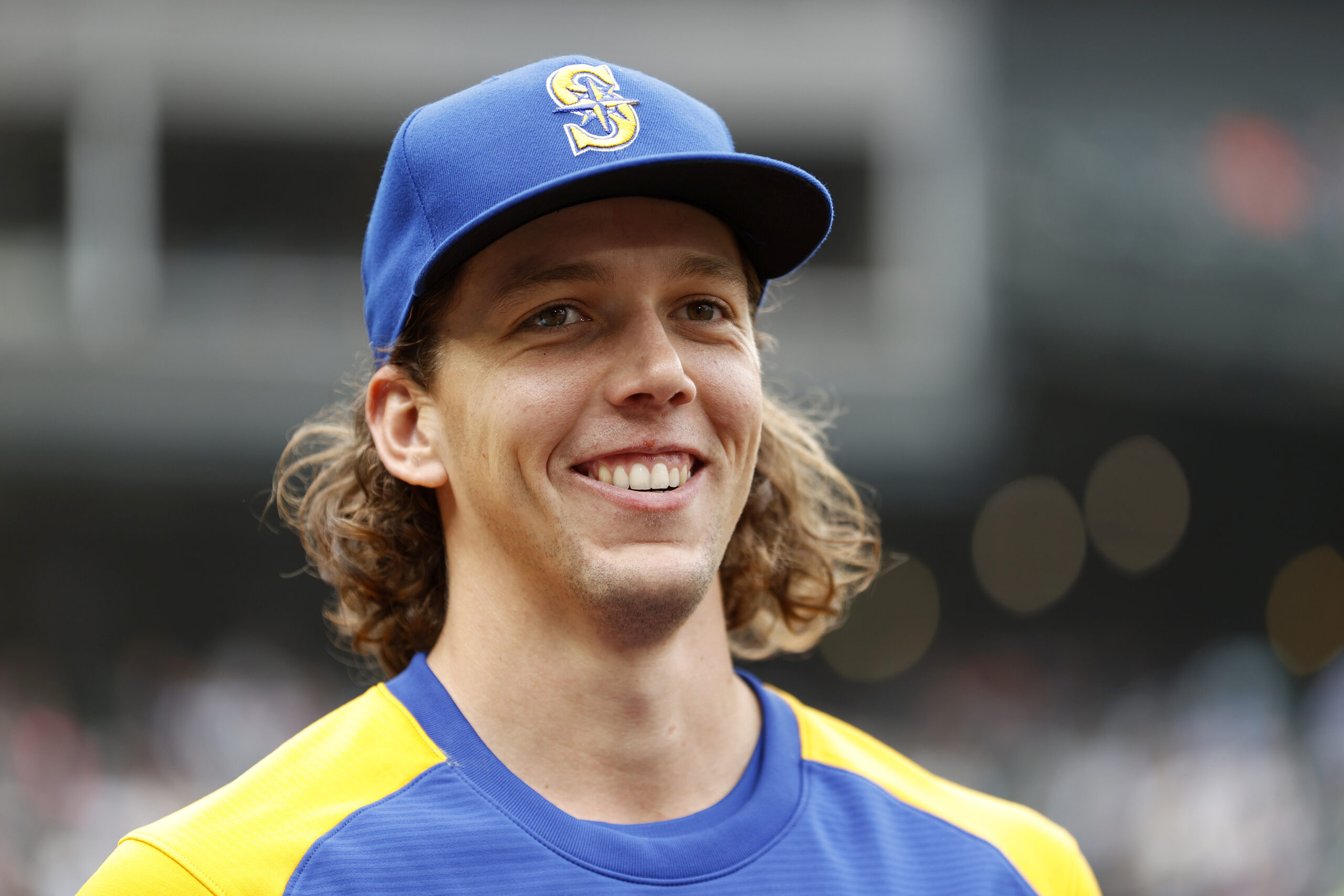