On Monday I claimed there is a certain lightness of foot that Mariners’ fans feel following a team win. If you find yourself particularly exuberant this morning, I understand. After a “please let this be over so I can wipe it from my memory” 9-0 loss to the Phillies on Monday, the M’s rebounded with a 5-4 victory last night. Hence the morning after sprightliness. The steps aren’t completely weightless though because we are human beings, not goldfish. Sorry Coach Lasso. We carry more than the last 24 hours around with us. Our animation of stride is somewhat muted knowing that Seattle is 3-7 over their last ten games.

There was a point in Monday’s game when I wondered if the Phillies would ever stop scoring runs. Or if Seattle players not named Julio Rodríguez would record a hit. Those are the moments when I feel myself withdrawing to my Mariners dark place. Sound familiar? You have the keys to one too. The MDP is an abode every fan has built in their mind, however buried or accessible. For some it’s a palatial mansion that’s frequented on the daily. For others, it’s an abandoned studio with emaciated/New York City-ish square footage. But whatever the size or the usage, every dwelling is built stone by stone over the years. Each new season of Mariners disappointment reinforces old walls or forges a new wing. As you can imagine, foundations are solid after two playoff-less decades. Heck, some MDP’s have been under construction for 45 years. When your team is approaching its golden birthday without a single World Series appearance, you build yourself a dark place – which despite the ominous title is actually a haven of sorts. Your own personal retreat.

Because I’m a relentless optimist by nature, my MDP sits vacant most of the year. I don’t Airbnb or VRBO because that’s like renting out a haunted house. No one needs to stay there. That doesn’t mean living in a conscious state of positivity is always easy. It’s not. I also don’t begrudge fans who feel differently – upset, skeptical, outwardly critical – it’s all fair game. Fans should feel how they want to feel. Despite hordes of people on the internet doling out unsolicited advice on the purported “right” way to be a fan, the only “best” option is the way that works for you. With maybe some basic rules of human decency taken into consideration. Things like respect and empathy are always good. Essentially, fan however you want as long as it doesn’t hurt or impede someone else’s ability to fan.

While I think sadness and anger can be justified, I do also want to point out that fandom is choice we make. And sometimes we have selective amnesia about that. We choose to invest our time, money, and emotional capital in these wonderfully absurd ventures that can’t guarantee returns. Maybe I played The Yukon Trail too much as a kid, but sports fandom feels not unlike searching for gold. Reason would tell me not to spend all my money on supplies so I can climb mountains, ford rivers, and narrowly escape illness/starvation in the hopes of staking a claim and one day, maybe, if fortune favors me, striking it rich. But get lost reason. I’m here for fandom gold. And seeing as I decided to mine these lands in defiance of common sense, I might as well enjoy the dig.

There’s no shame in finding joy in things you’ve actively chosen to do. Cynicism does not make people wise or particularly original. Optimism does not naïveté create. That being said, there might be times when you want to be positive about your baseball team, but despite your best MDP evacuation efforts, you can’t seem to get past the front door. Like I said, optimism isn’t always easy. Sometimes you need a friend to help you out. The great thing about sports fandom is you’re never alone. Typically when we face sadness, we do so as individuals, which can feel isolating and downright lonely. Sports dejection meanwhile, is communal and unifying. No matter what hipster craft cocktail of sentiments you’re experiencing, someone out there is feeling them too. It also means someone like yours truly is on hand to help you initiate an MDP escape. That’s what prompted me to throw together a few suggestions entitled, “How to Feel Good When Your Team isn’t Good,” because in a 162-game season, a few lows are expected. Here’s a few ways to eat, listen, and watch your way out of them, at least for a little while.

I’m starting with a lay-up.

Eating carbs is something everyone can, and likely must do to survive. I also might have led with this because it’s about lunchtime and I’m hungry. Either way, a good carbohydrate can hold you close in trying times. This is really an emulation of Tina Fey’s brilliant “sheet-caking” method, as demonstrated on SNL back in 2017.

“Yell it into the cake,” can be a helpful coping mechanism for all kinds of situations. Just don’t limit yourself to one dessert. Be an equal opportunist when it comes to carbs. Personally I’m a huge bread fan, so I like to keep a loaf within reaching distance once the M’s game starts.

“Siri, show me a live shot of Lydia from one of the Mariners (five) shut-outs.”

This isn’t a long-term solution, because sadly cake doesn’t solve all our problems, but it will make you feel better temporarily. Plus if you expend a lot of nervous energy while watching the Mariners (i.e. pacing, gesticulating wildly, yelling at ump’s subjective strike zones), you do need to fuel up.

The Cincinnati Reds have Joey Votto and whatever amazing thing he’s saying on Twitter or TikTok video he’s attempting.

Point is, even teams with less than ten wins right now have a few glorious storylines for fans to cling to. That doesn’t neutralize the sting of losing, but if you focus your vision on these narratives, you can at least guarantee yourself a few morsels of joy on the regular.

When you’re not satisfied by the present, you always have the option of turning to the future for hope. There’s no better way to do that then by delighting in the M’s minor league updates. If you’re not able to budget for an MiLB subscription for viewing games, there are still plenty of ways to keep up to speed.

Start by following some great accounts like @MiLBMariners and @MsPlayerDev.

You can also follow all the M’s minor league affiliates individually.

And try catching a game in Everett or Tacoma whenever your schedule affords.

Between eating your feelings, focusing on the present bright spots and prospecting about the future, I promise friends, you can pull yourself out of the Mariners Dark Place, a least for a little while. When in doubt, add more cake. Or cue up videos of Julio Rodríguez on repeat.

Things to Love About the 2022 Mariners: Ty France

The Art of Scorekeeping 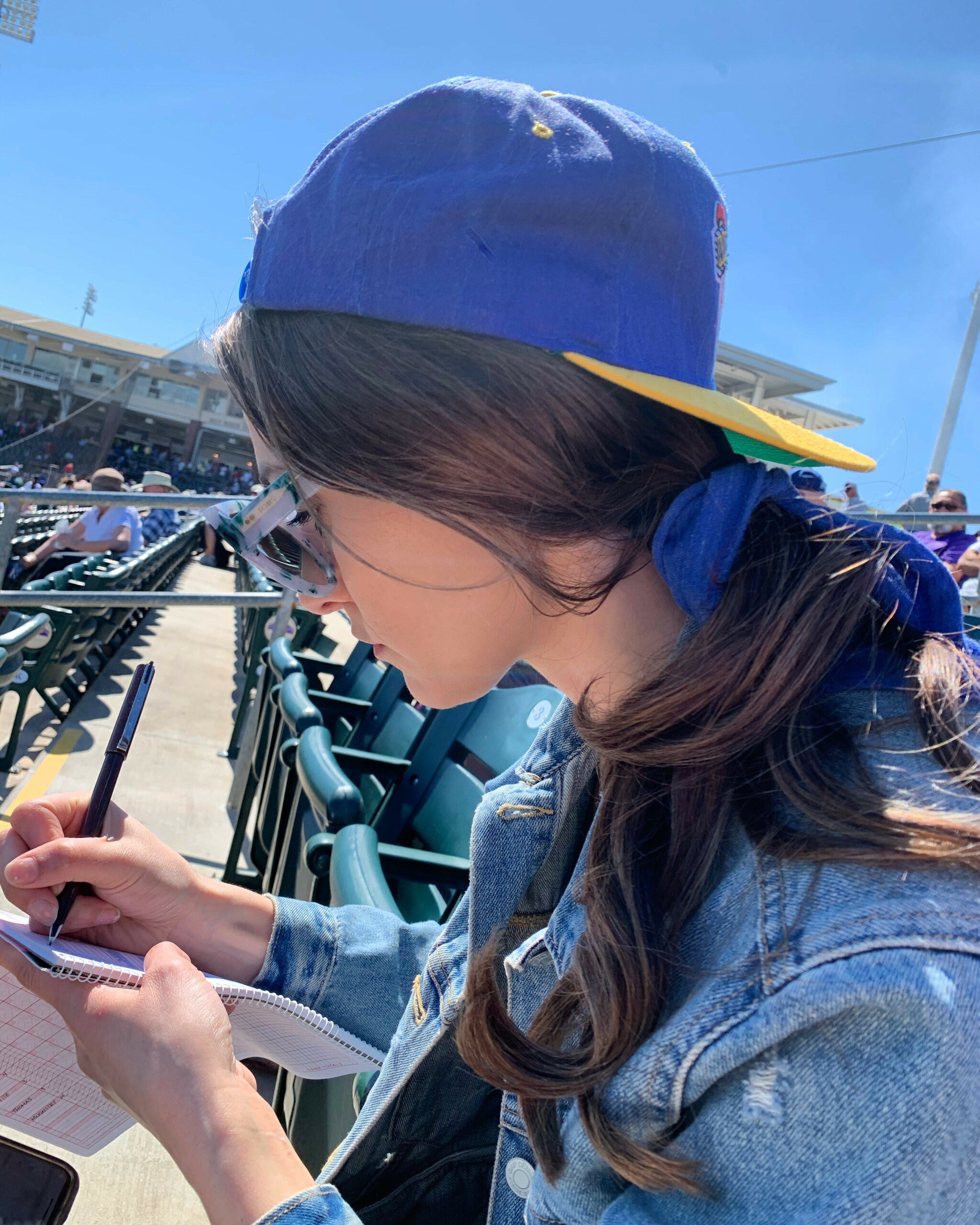