The friendship between Mariners legend Ichiro Suzuki and star rookie Julio Rodríguez has been well documented.

We started seeing lots of fun tweets emerge about the pair last spring training. In particular, their rapport during batting practice. Ichiro is known to have the best BP pitching arm in camp and one day, J-Rod took him deep. Ichiro responded in very Ichiro fashion – by throwing junk. The moment of good humor between the two was thankfully caught on camera by ROOT Sports reporter Jen Mueller.

This is the kind of content I go googly-eyed for as a fan – a legend and a star of tomorrow having a simple laugh together, bonding over baseball.

MLB Mariners reporter Daniel Kramer wrote a great article about the pair’s burgeoning friendship last February, which included some amazing quotes from a J-Rod press conference. So did Ryan Divish of The Seattle Times.

Ken Rosenthal of The Athletic also penned a piece about the two playing a ritualistic game of catch earlier this year. Great anecdotes about the pair continue to pile up.

During spring training 2022, I caught a glimpse of the pair chatting in the dugout and it made my day.

What can I say, I’m easily joyful. But come on, Ichiro’s smile is enough to make anyone’s heart melt.

Watching Ichiro joke around with Julio, I can’t help but be reminded of his unique bond with Griffey. Two one-named stars with global reach and absurd athletic prowess that still made time for tickle fights.

That friendship is also responsible for one of my all-time favorite stories.

It would be hard for Julio to emulate Ichi’s style of play, but there’s one thing mentor and protégé have in common after this week. They were both ejected from a game for voicing their displeasure on a called third strike. Both got bounced for using their bats in demonstration.

My debate teacher taught me that visual aids can be an invaluable tool when structuring an argument. Well, not so much in baseball. There they are mostly considered impertinent, condescending, and rude.

Using your bat to draw a line in the dirt and say, “Um, here’s where the ball actually traveled across the plate, a clear deviation from what you saw sir,” is apparently, frowned upon. Go figure.

See how I used a visual aid to augment my argument right there?

Long before Julio got ousted in the eighth inning of the Mariners 10-0 victory over the Baltimore Orioles on Tuesday, Ichiro pulled the same move in 2009.

Ichiro was the only Mariner to be ejected that year, and the 10x All-Star was ejected only once in his 19-year MLB career. ONE TIME. So seeing young Padawan mimic Jedi Master this week was all the more remarkable.

“Gee, it would be fun to see those ejections side by side.” Done. Mariners Twitter got you. Thank you, Zach.

I realize ejections are far less amusing in close games when say, playoff hopes are on the line. But hey, it’s Friday friends. Let’s allow ourselves to have a little fun.

If that’s not enough for you, let’s celebrate Julio Rodríguez being named AL Rookie of the Month for May. Because that just happened.

How about a few key J-Rod May stats for your viewing pleasure?

In honor of J-Rod winning AL Rookie of the Month, grab yourself some Julio gear. You’ve earned it.

June will have big impact on Seattle’s trade deadline intentions

For one night at least, Astros fans can’t steal our joy 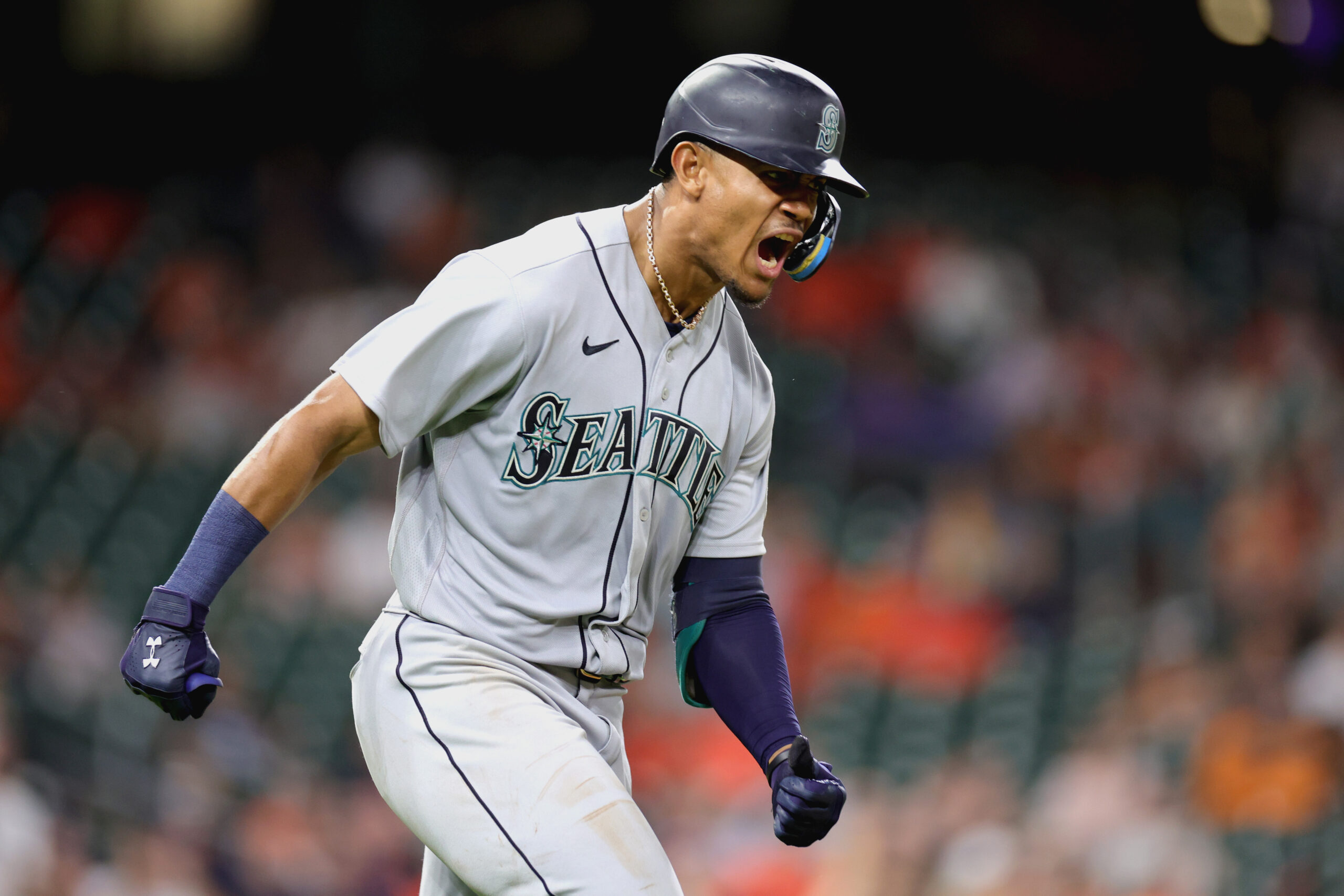