Every year there are a cascade of things to love about your favorite baseball team, and some of them allude detection by Baseball Savant or Fangraphs. After all, there’s no advanced metric to evaluate Jesse Winker’s love of fanny packs or adequately express the greatness of The Beef Boys Club, founded by Cal Raleigh. That’s why I’m here to help friends. Think of me as a fun curator or a rabid collector of 2022 Mariners excitement. Over the next few weeks, we’ll explore reasons to love this Seattle roster, one endearing player at a time. Sometimes that will involve wRC+ or Hard Hit%, but other times it might revolve around a guy’s unapologetic love of fishing (Adam Frazier) or the Deftones (Tom Murphy) or naming his dogs after Marvel heroes (JP Crawford).

This week is all about the M’s “throwback” second baseman, Adam Frazier. He loves hunting, fishing, and hitting line drives. He also has great taste in tunes.

All together in caps: ADAM TIMOTHY FRAZIER

Things to love: In a lot of ways, going to the Mariners home opener is like going on a first date. Except, you know, not terrible. There’s an abundance of hope and anticipation floating around. Plus a generous amount of eating. It’s also an evening for making first impressions. Fans, for example, have the opportunity to assert their presence with authority and to turn their house into, “an electric factory.” For players, it’s their first shot to win the hearts of 40,000 plus, live and in-person. I can’t speak for the other 39K or so in attendance at the M’s home opener, but Adam Frazier managed to lasso my heart with a few simple bars. In the bottom of the first, Fraz took his inaugural stroll to home plate with the unmistakable beat of Dr. Dre’s, “Still D.R.E.” pulsating in the background. Maybe I’m undiscerning for giving my heart away to anyone with a basic appreciation of iconic west coast bangers (i.e. Julio Rodríguez walking up to Nipsey Hussle), but first impressions are hard-wired and instinctual. And in that moment my snap judgment was, “this guy seems cool.” I’ve yet to be proven wrong.

Great music taste aside, Frazier is adapting to life in the M’s leadoff spot quite nicely. In Seattle’s first homestand, he had an absurd 6-game streak against the Texas teams, where he slashed .478/.556/.696 for an OPS of 1.251. Even though Frazier’s numbers have cooled off recently, he is still finding ways to get on base consistently. Over the last 12 games, his OBP is an impressive .400. Just the kind of stat the Mariners were looking for when they made a deal with San Diego for Frazier last November. “He’s going to do the little things that help you win games,” explained Scott Servais in spring training. “He puts the bat on the ball. He doesn’t strike out a ton. Really does a nice job of controlling the strike zone and we all know how important that is to us and what we’re trying to build going forward. So he’s a great fit. He’s a guy we’ve had our eye on for quite a while.”

At the time, Servais aptly referred to Frazier as a “throwback player.” Which means in order to truly embrace and love #26 friends, you have to widen your palate. Or perhaps age it. We all enjoy a generous barrel % and like to savor scorching exit velos, but those aren’t Adam flavors. He’s not some trendy, hard-hitting restaurant that sets weird hours and closes every third Wednesday just because it can. Frazier is a corner diner with a set menu of classics, the kind your dad loves. That’s not disparagement – staples are staples for a reason. The ability to get on base tastes pretty darn good. Especially when guys like Ty France, Mitch Haniger, Jesse Winker and Eugenio Suárez are following in the lineup.

Also on the Frazier menu day in and day out: line drives. Line drives with a side of line drives and line drive sundaes for dessert. We may as well call this the Line Drive Drive-In Diner. According to Statcast, Frazier hit 31.3% LD in 2021. Fangraphs clocked him at 29.4%, but that still put him in the top five in all MLB. Line drives are fun because they can boost a player’s BABIP (Batting Average on Balls in Play), even if said player doesn’t have elite speed (Frazier’s sprint speed is 51st percentile in MLB) or hit the ball exceptionally hard (Frazier was in the bottom 3% of baseball in hard hit % over the last two years). Remember that impressive six-game streak I mentioned? When Frazier appeared to enact a deep-seated, Equalizer-type revenge campaign against the Lone Star State? His BABIP for that six-game span was .550. League average is typically .300 according to MLB, and over time players usually regress to the mean. Frazier’s BABIP has certainly come down to Earth since (now .288 for the season), but in the past, line drive rate and BABIP have had a positive correlation.

In conclusion, I hope you’ve thoroughly enjoyed your first visit to Frazier’s Line Drive Drive-In Diner. It will be open every day at exactly the same time, all season. If you’re in the mood for high walk rates, please walk yourself down the street. Here you’ll get the always-constant “Smart Plate Decisions” special, in the form of Whiff% (96th percentile) and K rate (87th percentile).

If Frasier can continue to work counts, make contact, and put his body on base for Ty France and company to mash, the Mariners have a great shot at building an offensive machine. It also means, “Still D.R.E.” will hit even harder every time the Georgia native strolls to the plate.

Things to Love About the 2022 Mariners: Abraham Toro

Things to Love About the 2022 Mariners: Ty France 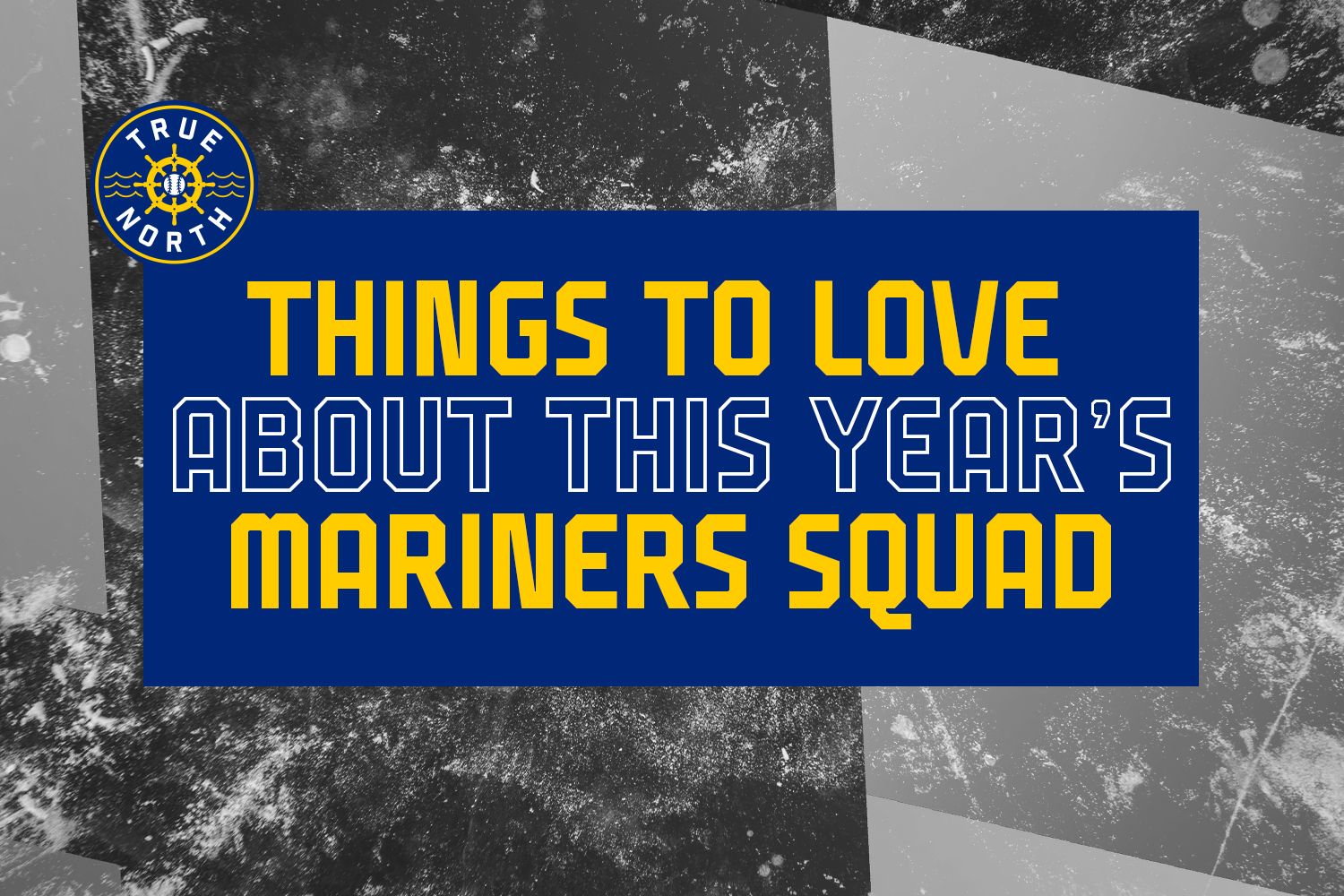